How to AirPlay Audio from Your Mac to HomePod 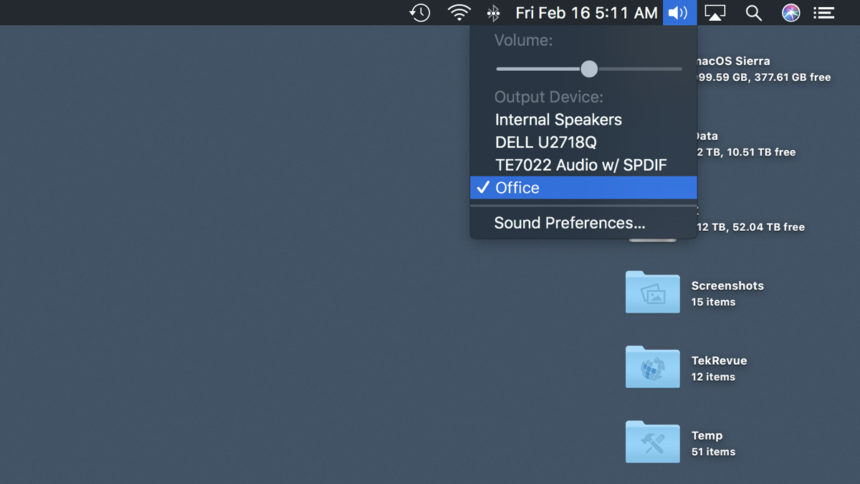 Firstly announced at the WWDC event in June 2017, Apple’ smart speaker HomePod finally gets ready for shipping in this February. Though the device receives positive reviews about its sound quality and acoustic system, it is also criticized over the lack of Siri functionality and support for third-party services and platforms.

HomePod users can natively stream music on HomePod through an Apple Music subscription, iTunes purchases, or iTunes Match content uploaded to iCloud Music Library. But Apple also provides a solution for those who want to play music from other third-party services – AirPlay allows users to stream music, podcasts or other digital audio from iPhone, iPad, Mac, Apple TV and other AirPlay-enabled devices.

In this post we gonna show you how to airplay audio from your Mac to HomePod.

To begin with, make sure that both your Mac and HomePod are connected to the same Wi-Fi network. And then you need to check if the Volume is enabled in the Menu Bar on your Mac. If you cannot see the audio settings in the menu bar, do the followings:

Open up System Preferences, click the Sound icon, and then click the Output tab in the Sound section. Then check the box saying Show Volume In Menu Bar.

After that, you can directly click the HomePod name under the Select A Device For Sound Output, to stream the audio playing on your Mac to the selected HomePod.

Also, you can click the Volume icon in the menu bar, and click the HomePod name showing up under the Output Device list. As the HomePod is selected as the external speaker for the Mac, any audio including system sounds from your Mac will be played on HomePod, and your Mac is in complete control. In that case, you will not be able to use Siri built in the HomePod to do things like skip song or raise volume.

If you fail to make the wireless connection between Mac and HomePod, which may occur sometimes, just keep trying to connect again and again until the issue is fixed.

To switch back to the Mac’s built-in speakers or other standard external speakers, just click the Volume icon in menu bar again, and click the speakers of your choice.