Apple Plans to Develop Its Own Chip for Macs 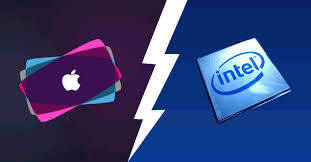 Intel has been Apple’s Mac chip provider for many years, and its chips remains , but it is likely to be ditched by the iPhone manufacturer in the near future.

Apple is planning to replace Intel processors with its own chips in Macs beginning as early as 2020, according to Bloomberg’s report. The initiative code named ‘Kalamata’ is still in the early development stage, but it is a part of the larger strategy to make all Apple devices including Macs, iPhones and iPads to work seamlessly together.

It is known to all that Apple has designed its own A series of chips for iPhone and iPad, but little is known about its custom Mac chips. Bloomberg revealed that Apple may take several steps to go through the transition from Intel chips to its own brand chips. The software preparation for the chip transition may come earlier.

As a part of Apple’s secret plan, a new software platform, internally dubbed ‘Marzipan’, is said to allow developers to build apps that could run on both iOS 12 and macOS 10.14, and it is likely to release this year, reported by Bloomberg News last year.

For Apple, moving to its own chips inside Macs would allow it to release new models on its own timelines, instead of relying on Intel’s processor roadmap. Developing its own chips helps Apple to reduce the dependence on third-party providers like Intel and Qualcomn. The company can introduce new features more quickly to all its devices, and furthermore, integrate its new software and hardware more tightly.

“We think that Apple is looking at ways to further integrate their hardware and software platforms, and they’ve clearly made some moves in this space, trying to integrate iOS and macOS,” said Shannon Cross, an analyst at Cross Research.

As the reports come out, Intel shares dropped as much as 9.2 percent.

“Apple’s decision to switch away from Intel in PC’s wouldn’t have a major impact on the chipmaker’s earnings because sales to the iPhone maker only constitute a small amount of its total,” said Kevin Cassidy, an analyst at Stifel Nicolaus & Co.

“A bigger concern would be if this represents part of a wider trend of big customers moving to designing their own components,” he said.

Both Apple and Intel refused to make a comment on the news.