Apple will not merge Mac and iPad, said Cook 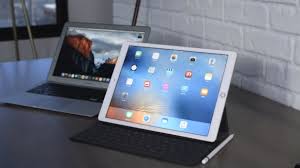 On last late December Bloomberg reported that Apple planned to combine iOS and macOS apps to create one user experience, with the aim to expand iOS app to Mac computers. That brings some speculations, like, will Apple blend iOS and macOS?

Apple’ spokesman declined to comment on that report. But the answer could be obvious, as Apple see it as “a compromise” which will degrade user experience. A few years ago, Apple’s chief executive, Tim Cook, has made his opinion known that Apple would not make a “converged” Mac and iPad. He reasserted this idea in a brief conversation he had at Apple’s education event in Chicago last month.

“We don’t believe in sort of watering down one for the other,” said Cook, speaking with The Sydney Morning Herald‘s Peter Wells. “One of the reasons that both of them are incredible is because we pushed them to do what they do well. And if you begin to merge the two … you begin to make trade offs and compromises … so this merger thing that some folks are fixated on, I don’t think that’s what users want.”

In 2015 Cook made the similar comment when talking to the Irish Independent: “We feel strongly that customers are not really looking for a converged Mac and iPad … Because what that would wind up doing, or what were worried would happen, is that neither experience would be as good as the customer wants. So we want to make the best tablet in the world and the best Mac in the world. And putting those two together would not achieve either. You’d begin to compromise in different ways.”

In his opinion, Mac and iPad are two separate products serving different users/scenarios, and it makes no sense to create a hybrid of Mac and iPad. Taking himself as an example, he uses Mac at work while iPad at home and for travel.

Though we may not be likely to see the hybrid of Mac and iPad, we can experience more and more seamless operations across Mac, iPad, iPhone and Apple Watch. Apple has been working on the bridge the gap between its mobile and desktop platforms.