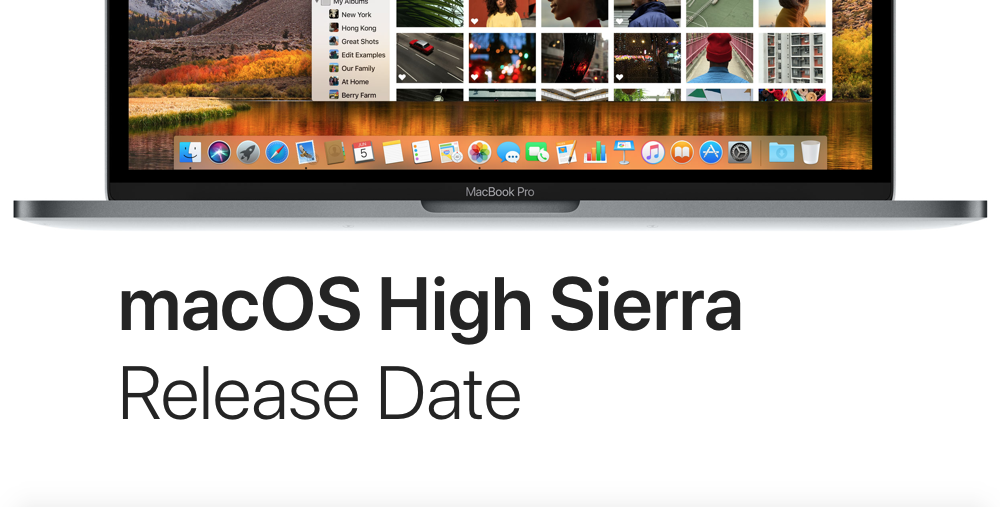 Since Apple announced the latest version of macOS (High Sierra) in June at WWDC 2017, several beta versions have been tested out by macOS developers for months. Now the official version is finally ready and Apple will start to roll out macOS High Sierra (v 10.13) to Mac users on September 25th. iOS 11, tvOS 11 and watchOS 4 will launch on 19 September, a week before the release of macOS High Sierra.

macOS High Sierra can run on almost all Mac computers since 2009, but some new changes in this OS could make earlier versions of apps incompatible. On August 18 Apple announced that its customers who are using the older version of Apple Pro apps need to update these apps if they would like to run macOS High Sierra. That is to say, if you want to keep Final Cut Studio or Logic Studio run on your Mac, you are not supposed to upgrade macOS to the latest version. However, it is recommended to install the major update of macOS to enjoy improved performance and new changes.

As Apple says, the major changes in macOS High Sierra are under the hood. High Sierra refines existing features and core apps like Safari, Photos and Siri. It also introduces Apple File System, a new 64-bit file system architecture that could frees up some disk space, speeds up certain tasks and brings a new level of security, and Mental 2, a new graphics game changer that could take better advantage of GPU.

The macOS High Sierra will be available in Mac App Store, and we are encouraging everyone who want to experience new technologies to install the update on that day.