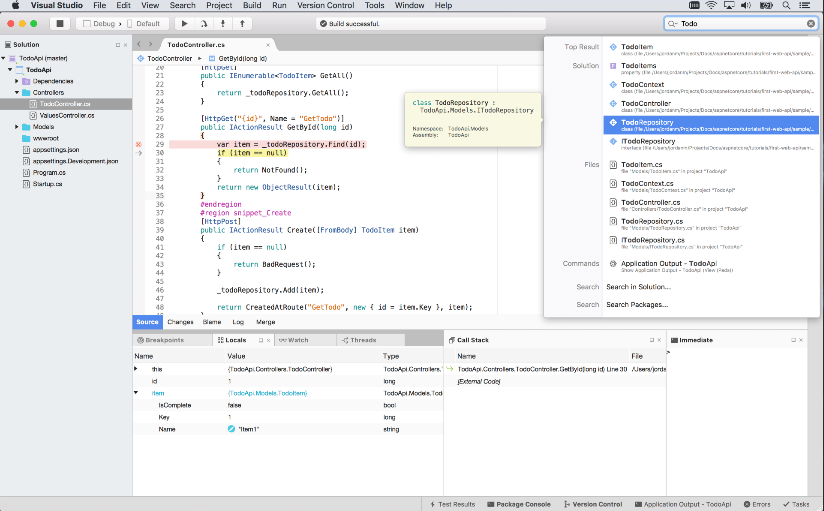 Microsoft announced the general availability of Visual Studio for Mac at its Build 2017 developer conference on May 10. The software giant’s flagship integrated development environment (IDE) has been officially introduced to the macOS platform, and there are three tiers: Visual Studio Community for Mac (free and full-featured), Visual Studio Professional for Mac and Visual Studio Enterprise for Mac.

Besides, the company also introduced some new preview features in its blog. They are not present on the stable release yet will soon be available in the Alpha Channel.

The core features built in Visual Studio for Mac include a full-featured source editor, code search and navigation, a powerful debugger, a customizable workspace, Git integration, and a rich extension system. Developers on macOS can use Visual Studio to build, debug and test apps for macOS/OS X, iOS, tvOS, watchOS, web, Android and cloud. Notably, solutions and projects can be seamlessly shared between Windows and Mac, and team members can collaborate across operating systems.

To get the complete list of features, check out the Visual Studio for Mac release notes.