Newton Email App to Shut Down in September 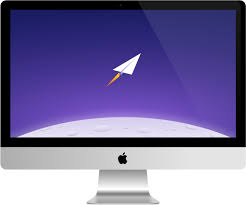 The Newton app is scheduled to shut down on September 25. Rohit Nadhani, the founder of the company behind this app, surprisingly announced the news on last Wednesday.

Newton is an email client launched by CloudMagic in 2016 and available on iOS, Android, Mac, and Windows. As a subscription-based app, it costs $9.99 per month or $99.99 per year. Over 40,000 subscribers signed up for this app, according to Rohit.

He explained the decision to kill Newton app in its official blog:

“…We explored various business models but couldn’t successfully figure out profitability & growth over the long term……the market for premium consumer mail apps is not big enough, and it faces stiff competition from high quality free apps from Google, Microsoft, and Apple…….it was not enough to overcome the bundling & platform default advantages enjoyed by the large tech companies.”

From the date of publication of the announcement, new sign-ups have been disabled and monthly subscriptions will not be renewed. Meanwhile, users who paid for an annual subscription will be able to request refund on a pro-rata basis. The company are working with the App Store and Play Store authorities to set up partial refunds. Instruction to claim pro-rata refunds will be published no later than September 18th.

Though Newton is about to close soon, CloudMagic will continue to operate.

Comments on this news vary. Some argue that almost $100 each year for a mail client is asking too much, and moreover, Newton lacks significant features that can help it stand out among other mail apps. For some Newton subscribers, it is a cross-platform that provides innovative features as a fair and reasonable price (REALLY??).

Are you a supporter of this app? Have you installed Newton on the Mac? If so, it could be tough to see it go. Yet anyway, you may consider to uninstall it after September 25. To fully remove Newton for Mac, don’t forget to quit this app first, then delete it in the /Applications folder, and go ahead to hunt down related app leftovers in the hidden ~/Library directory. Detailed steps can be found here.