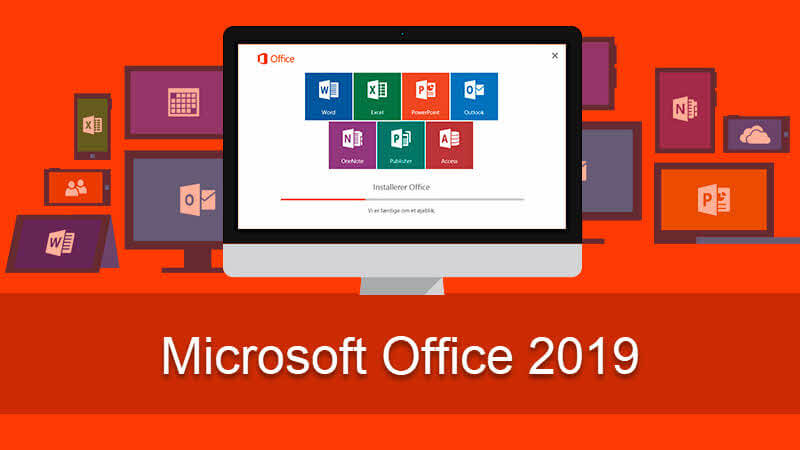 Office 2019, the next version of Office 2016, was initially announced in Microsoft’s Ignite 2017 conference. In April the Office 2019 Windows Commercial Preview has been released to let commercial users experience the changes and new features. On this Tuesday, Microsoft rolls out the new Office 2019 for Mac Preview, and still, its commercial users are the first to preview this software suit on macOS devices.

Office 2019 commercial preview for Windows includes new perpetual versions of Word, Excel, PowerPoint, and Outlook as well as Exchange, SharePoint, Project and Skype for Business, while Office 2019 Mac Commercial Preview only contains Word, Excel, PowerPoint, Outlook and OneNote. Some new features introduced in Office 2019 are available for users on the subscription based Office 365, but have not been included as part of Office 2016. It is therefore intended for organizations who aren’t already on Office 365 plans. If you don’t want to pay a monthly fee for Office 365, or you prefer to have access to non cloud based apps, you can wait for the upcoming Office 2019, which operates on a perpetual license and does not receive feature updates (though it will receive quality and security patch updates as required).

Office 2019 for Mac adds new features and some improvements in each app, such as a new Focus Mode in Word, a focused Inbox and Send Later in Outlook, new charts and functions in Excel, morph transitions and 4K video export in PowerPoint, and a roaming pencil case and ribbon customizations across all Office apps. Besides, this major update includes the support for industry-standard MDM policies and the command line tools to help control like how and when Office updates are provided.

The Office 2019 for Windows and Mac is scheduled to release during the second half of this year. Windows users should notice two crucial changes: firstly, in order to run Office 2019, you must have Windows 10 installed, as the software won’t work on older versions of the Windows operating system, and secondly, the client apps don’t provide offline package and will be available only as a click-to-run installer. Also note that Office 2019 and Office 2016 cannot run concurrently on either Windows or Mac.