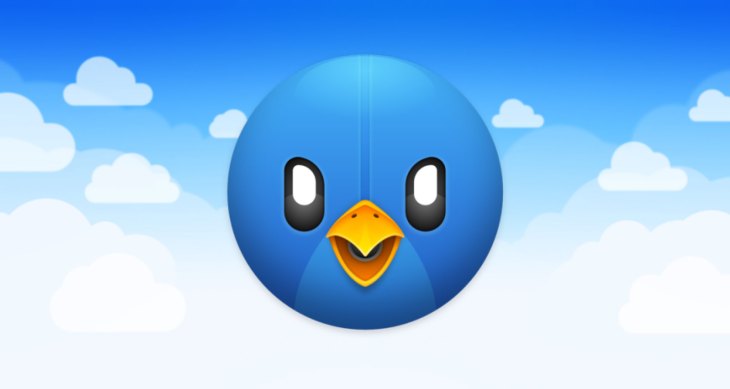 Tweetbot is a popular, third-party Twitter client released by Tapbots, and on this Tuesday the vendor releases the new Tweetbot 3 for Mac on Mac App Store, which brings a redesigned user interface along with many new features and improvements.

However, this version is a paid software, which charges $9.9 and is only available on App Store. Existing users who would like to install the upgrade will also need to spend the extra money to use the new Tweetbot 3 on their Macs. For users who have paid for the iOS version, if they want to use Tweetbot 3 for Mac, the price is still the almost ten bucks, as Tapbots considers Tweetbot 3 for Mac and iOS are completely separate apps, and they, as a small company, “must charge each to be sustainable”.

“Tweetbot for Mac was originally released in 2012. We released Tweetbot 2 for Mac as a free update in 2015. Tweetbot 3 has been rewritten from the ground up and been in development for over a year. The purchase of Tweetbot 3 allows us to continue updating Tweetbot for years to come.”

Is the price worth it? Let’s see what new changes Tweetbot 3 for Mac introduces.

Tweetbot 3 for Mac adds a host of new features and design tweaks, including a dark mode, improved timeline management, expanded sidebar, new icon and cleaner UI. For instance, users can now adjust the side bar between the previous icon-only navigation and a new expand icon and text view that allows users to access to all the subs-elections like lists, notifications, direct messages, saved searches, etc. 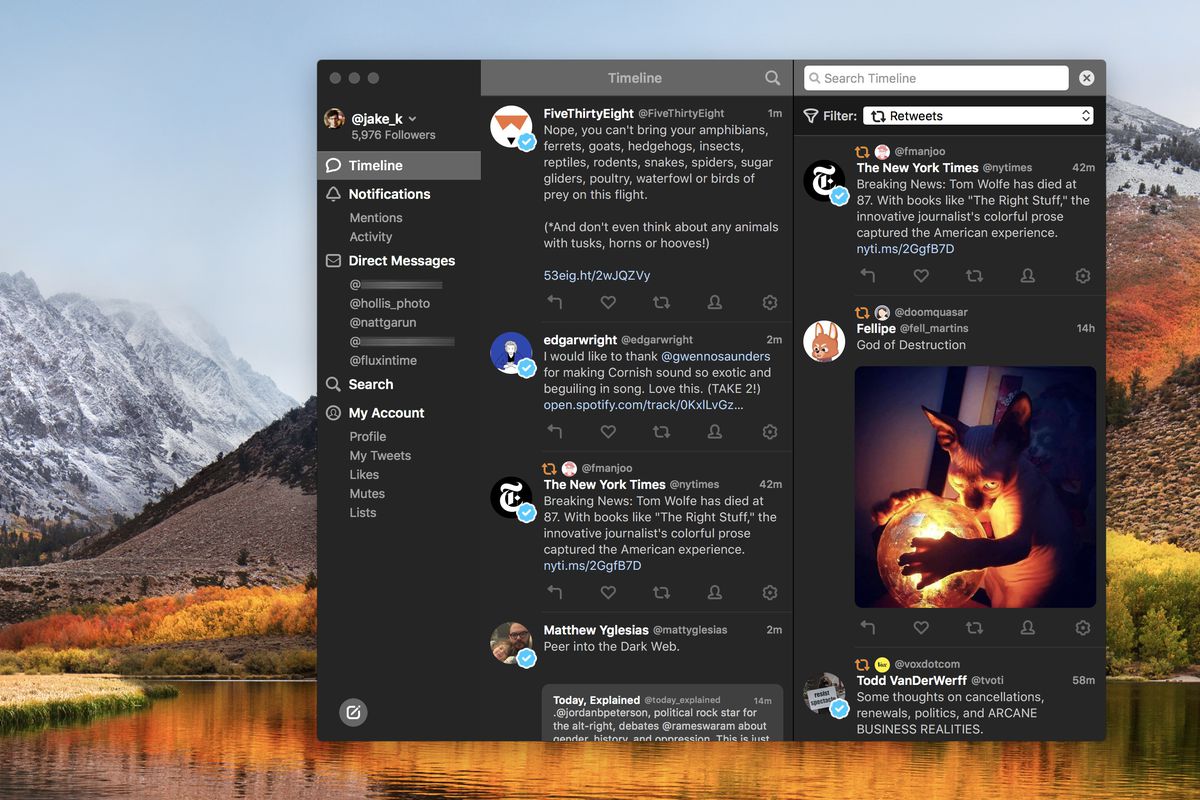 Tweetbot 3 for Mac has been designed to be more Mac-like. The ability to drag and drop columns lets users to easily add, remove, or reorder their columns. You can complete the customization with a click or two: to add a column you just need to drag it from the right side of the app, and to remove one is to drag it all the way to the left-hand side. Previously you need to hunt for the options nested in the app’s menu.

Besides, the videos and animated GIFs in the timeline view can play automatically with a quick mouseover. If you don’t like the default setting, you can disable the autoplay feature in Tweetbot’s preferences pane. Clicking an image or video will pop up the built-in media viewer to play with faster speed. You can also add a text description to an uploaded image before tweeting, so any Twitter users can access to.

On February Twitter announced to discontinue its Mac desktop app, and the Twitter for Mac app has been no longer available for download or supported. the company initially planned to make streaming API changes that would affect 3rd party clients like Tweetbot, but after the public’s protest, it delayed the changes indefinitely.